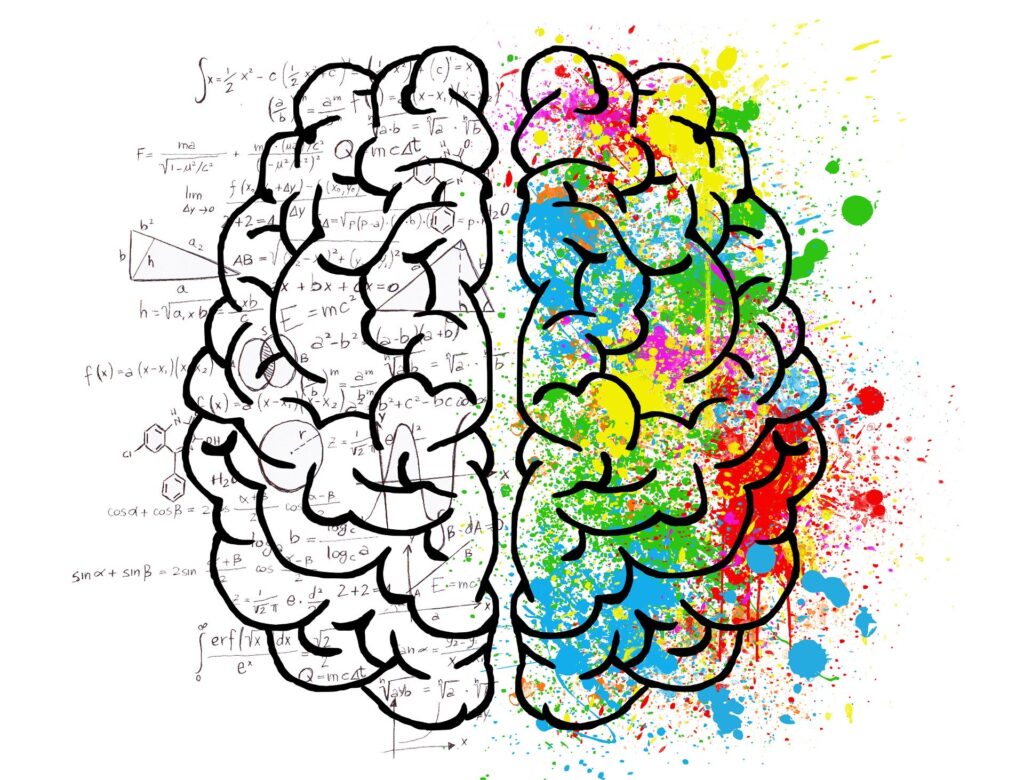 Continuing with the previous discussion about differences (that science can empirically determine) in the male and female brain, we began putting together some practical implications of scientific results.

This led the discussion into several interesting directions such as the resulting male mode dominance (of the last 200 years of Industrial and Mechanized society) with its emphasis upon rational analysis and lean operational cost (with respect to the labor force).

Various exploitations of women and artists were noted that may result from linear left-hemisphere exclusivity. We also noted the gentle shift toward

non-linear systems, networks, connectomes, and heart/brain coherence that may result from synthesis and connectivity.

Adjunct to these engaging discussions, explorations into neurotransmitters, and ACES scores (trauma from situational conditioning) emerged and were developed.

Finally a lively discussion pertaining to dominance, power and control, and whether men or women gravitate towards a monopoly on it, brought us to a point where we admitted the complexities of individual make-up may prevent us from forming a conclusive judgment either way.